The next episode of RTE’s television series ‘Building Ireland’ to be broadcast on May 7th at 8pm, looks at Turlough Hill located in the heart of the Wicklow Uplands. The programme explores its construction and offers a rare opportunity to see the control room and turbines deep inside the mountain.

When construction commenced in 1968, it was the largest civil engineering operation ever undertaken in the country before becoming fully operational in 1974. Ireland’s only pumped hydro-electric storage system, the station generates up to 292MW during peak demand periods and can go from standstill to full capacity in 70 seconds. It does this by releasing water from the upper reservoir and allowing it to flow through four turbines into the lower reservoir. During periods of lower demand, water is pumped back to the upper reservoir, ready to be used again. This helps flatten the ‘demand curve’ for electricity over any given 24-hour period and so is invaluable to the ESB grid.

In 2004, Turlough Hill became the Hydro Control Centre (HCC) for the entire ESB hydro fleet which contains 19 generators in total. 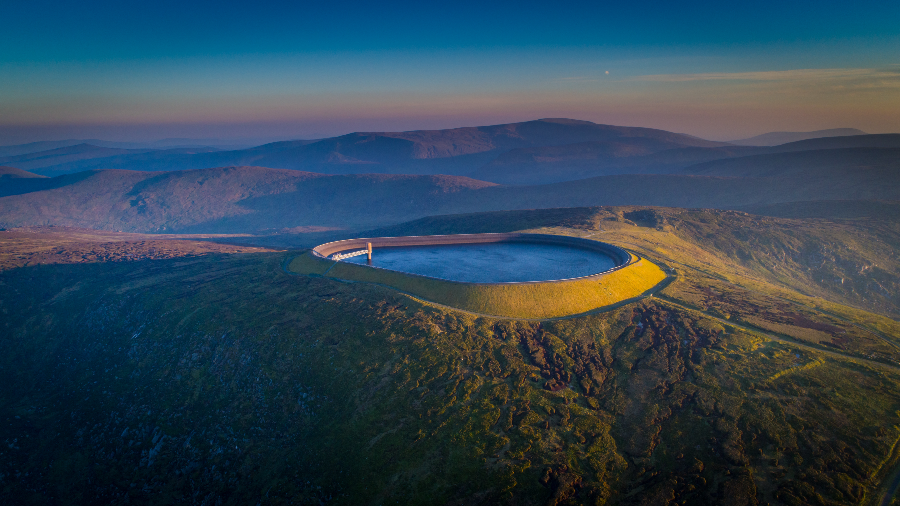 The programme will also be available online after the broadcast on the RTE Player: https://bit.ly/2SK96Da

The construction of Turlough Hill features alongside the Poulaphouca Reservoir/ Blessington Lakes and the Vartry Reservoir in an article titled, ‘The Changing Landscape Of The Uplands’ published in our summer 2019 newsletter. The double page article can be found by clicking here.