One of the Department of Agriculture’s most significant achievements over the past decade has been the huge reduction in the level of TB in cattle in every county in the country. Every county that is, except Wicklow. The level of TB in Wicklow remains at two to three times the national average, and continues to cause great hardship and distress to many farm families. 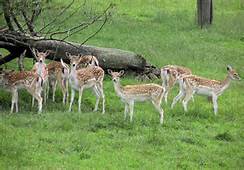 Farmers, private vets and department vets working locally have long suspected a connection between the stubbornly high levels of TB in Wicklow – especially in the Calary area – with the record level of deer in the county. After years of campaigning, the Department of Agriculture eventually agreed to shoot and test 130 deer in the environs of Calary and found the level of TB at 17%.
There was an expectation that the Department of Agriculture (the Department with responsibility for eradicating TB in cattle) would step up to the plate and carry out further scientific investigation and take appropriate action. However the department has proved extremely reticent in taking responsibility. Instead a compromise has been reached, which sees the Wicklow Deer Management Partnership, along with the Department of Agriculture and the Department of Arts Heritage and Gaeltacht and the Islands jointly organising a cull in the Calary area over a two year period. The aim of the cull is to reduce deer numbers in an area covering six DED’s to see if TB levels in cattle drop correspondingly. 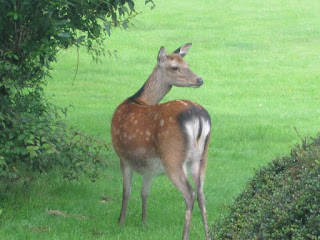 The cull will be overseen by a steering committee consisting of representatives of the bodies mentioned above and carried out by local hunters under the direction of a coordinator.
Calary however is just one of the areas in Wicklow that is experiencing problems with deer and TB.  Farmers all over the Wicklow Uplands are being affected and are calling for action. Wicklow IFA chairman Tom Short chaired a well-attended meeting of farmers in Tinahely recently. Farmer after farmer related harrowing stories of being locked up with TB for years and of experiencing large numbers of deer grazing alongside their cattle and even entering farmyards.
It is sometimes difficult for people to understand the sheer anguish and distress that farmers feel when they see a herd of cows that they’ve bred over a lifetime taken from their yard for slaughter. The financial loss is considerable but it goes beyond that.   Nevertheless we don’t want to demonize deer. They are wonderful majestic creatures which are part of the fabric of biodiversity in the uplands. We want to achieve balance; a healthy deer population living in harmony with the environment, including farming, forestry and people.
Declan O’Neill.  Wicklow Uplands Council Board Member